2022 Indianapolis 500: Marcus Ericsson tastes the thrill of victory, others the agony of defeat 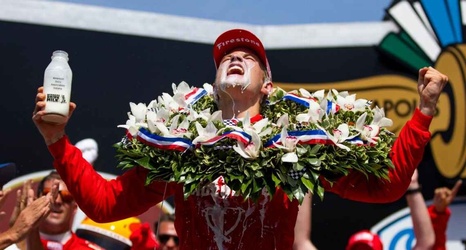 INDIANAPOLIS -- Richard Petty once said, "I can't recall so much about the 200 races that I won, but I can tell you every single little detail about the 1,000 races that I lost. That's how all us racers are. It's sick, isn't it?"

The King wasn't driving in the 106th running of the Indianapolis 500 on Sunday, but as race winner Marcus Ericsson climbed from the cockpit of his Honda in Victory Lane, Petty's shared illness was on display down below Ericsson's perch, visible from one end of pit road to the other.

Scott Dixon, who started from the pole position and led nearly half the laps run only to see his day undone by a pit road speeding penalty to finish 21st, rubbed his reddened face with his hands and choked back tears as his wife looked on and wept on his behalf.