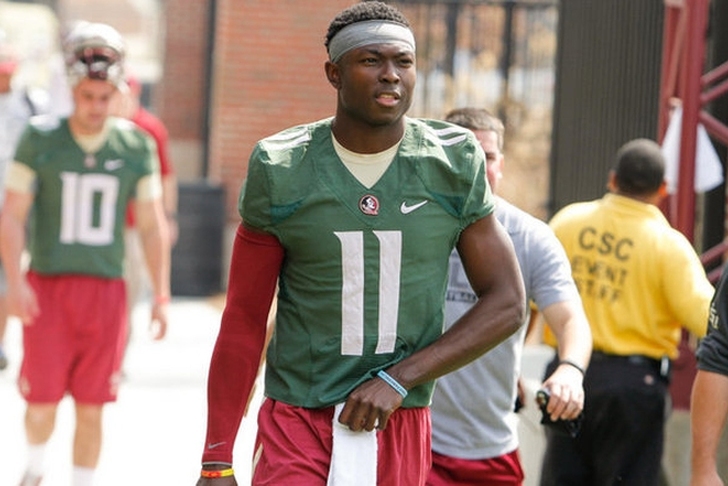 The Auburn Tigers received a big commitment on Wednesday when quarterback John Franklin III, one of the top dual-threat quarterbacks in the JUCO ranks, announced he was signing with the Tigers.

"It feels good to make it official finally," Franklin said, via AL.com. "I'm just ready to get up there next month and get to working, get time in with the guys and start getting ready for this season we're about to have coming up."

Franklin, who transferred from Florida State to East Mississippi Community College after former Notre Dame quarterback Everett Golson joined the Seminoles last year, has his eyes on being Auburn's starting QB next season.

Auburn fans are definitely looking for an upgrade at the quarterback position. Junior Jeremy Johnson and redshirt freshman Sean White, both of whom were in and out of the starting lineup all year, combined for just 2,107 passing yards and 10 touchdowns on the season while adding only 146 yards on the ground.

"That's what we've been missing -- explosiveness," Franklin said. "I feel like I can bring that to the team. I'm looking forward to getting here and getting started and hopefully turning our season around next year to what Auburn's supposed to be like. I'm hoping to win the starting job before we go into fall camp. That's my goal."

Franklin passed for 733 yards and seven touchdowns while running for 451 yards and nine touchdowns in nine games for EMCC this fall.