Which Auburn Hoops Phenom is a 2020 First Round Draft Pick? 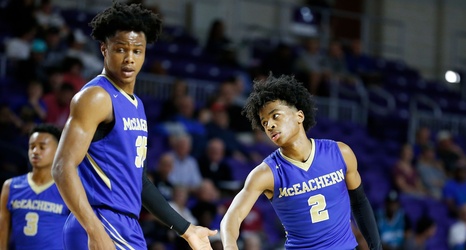 We are now 129 days removed from the start of the 2020 Auburn basketball season and a very young phenom is already a first round pick on various NBA Mock Draft boards for next year. Who is this future weapon for the Tigers?

His name’s Isaac Okoro. If you haven’t heard of him by now then you will soon. The incoming freshman is poised to make lots of noise this upcoming season with the Tigers as they work to replace star power. Standing at 6″6 and 201 lbs Okoro’s play style has been described by some to resemble the functionality of a Swiss army knife.