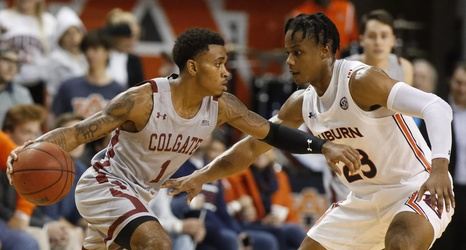 Isaac Okoro, a 6’5” basketball ringwraith not only defended the point guard the entire possession, but he was at each point on the floor before the guard could be there.