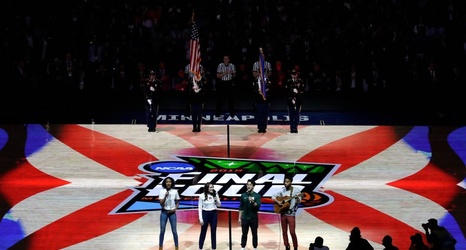 Before every sporting event, the national anthem is played. Depending on the level of the event, it’s sung live.

Major events like the Super Bowl get star musicians to belt out the “Star-Spangled Banner.”

But unlike other major sporting events, the NCAA Tournament’s Final Four practices a tradition of having a selected student from each of the participating schools performing the anthem as a quartet.