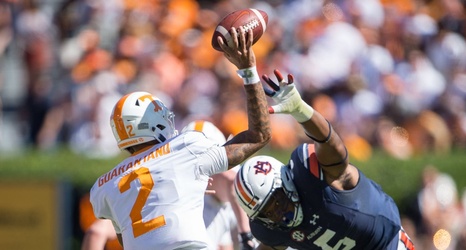 Auburn’s three representatives for SEC Media Days have two things in common. First of all, they all forgo declaring for the NFL Draft to return for their senior years despite having the potential of going early. Second of all, they’re all linemen.

The only SEC school travelling without a skill position player, the Tigers will bring DE Marlon Davidson, DT Derrick Brown, and OL Prince Tega Wanogho to Hoover next week. The announcement was not particularly surprising considering that the Tigers’ offensive and defensive lines are preseason ranked among the best in the nation with these three key players leading the lines.