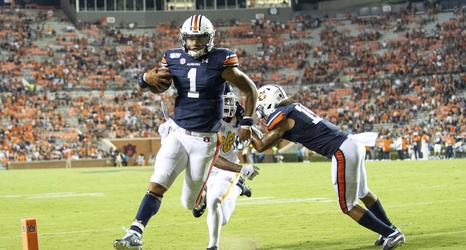 Auburn scored 53 touchdowns in 2019 and over the coming weeks we are going to breakdown each one.

Following the flea flicker, it was pretty much game over for the Golden Flashes. As such, Auburn decided to turn it over to its former backup, not Kentucky Wildcat quarterback Joey Gatewood. The results were quite humorous.