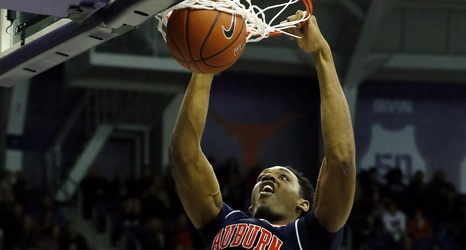 It was quite the week leading up to this game for Auburn as the Tigers had beat Alabama by 20 on the previous Saturday. However, they had suffered a 29 point loss on the road at South Carolina as Auburn heading to Big 12 country to take on TCU in the SEC/Big 12 Challenge. Yesterday, we talked about Austin Wiley’s then career high of 19 points. That lasted only one week.

It was a high scoring 1st half for both teams as Auburn shot 54% while TCU shot 61% in the first half. Mustapha Heron set the tone early scoring 15 1st half points.