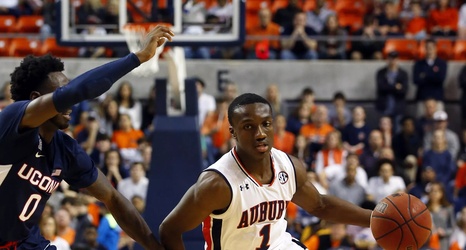 After an impressive win over Dayton and great performance from Anfernee McLemore, he would move into the starting lineup where he would remain for the rest of his season.

Auburn took charge early in this game as they began this game on a 16-0 run which turned into a 25-3 start. The Tigers made 5 3s during that stretch.

But Auburn cooled off after the hot start and the Patriots worked their way back into the game with a 19-5 run. Auburn led 39-28 at halftime.

Jared Harper dealt with foul trouble in the first half but Davion Mitchell stepped in and had a great 1st half scoring all 10 of his points in the game’s first 20 minutes.