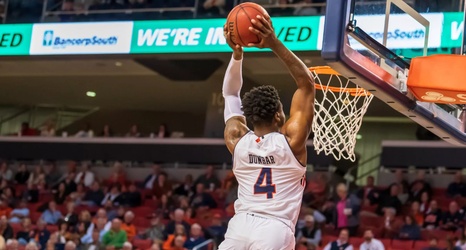 Pregame, the focus at Auburn Arena was on a QB that was about to make his decision on where to finish his collegiate career. The former Clemson Tiger, Kelly Bryant, would end up choosing Missouri over Auburn and there was some disappointment in the crowd for sure but it was time for Auburn Basketball.

On paper, this game was quite the mismatch. UNCA was the worst team in the country at Turnover % while Auburn was 2nd in the country at forcing turnovers. However, this was one of those games that Auburn had to grind out on the offensive side of the ball.