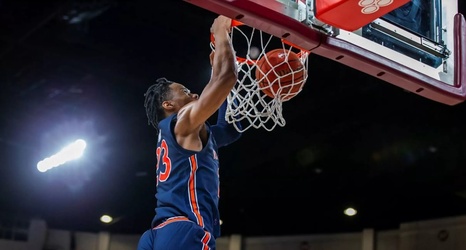 Auburn’s done a fantastic job of scheduling in-state schools in the Bruce Pearl tenure, with at least one in-state opponent every year of his tenure. Last year, the Tigers went on the road for some weeknight action against a veteran South Alabama squad that ended up winning 20 games, and as always when we discuss Auburn athletic events, it was a nailbiter.

The first half was a little slow to get going, with the Tigers turning the ball over three times and attempting (and missing) just one shot in the first 2:50 of the game. Things picked up, though, and a deep ball barrage (6 of 11 for the half) headlined by Jamal Johnson gave Auburn a 38-30 lead going into the break.