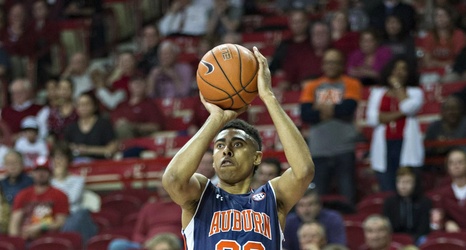 This was Auburn’s final win of the 2015-2016 season and it kicks off our series as we march toward the opener against North Alabama on November 10th!

Coming into this contest, Auburn had lost 8 of their previous 9 games and needed something positive to happen.

It’s a special night when 1 player posts a career high in points, but on this night, 2 Auburn players had their highest scoring output in a Tigers uniform.

T.J. Lang scored a career high 21 points (3-4 from 3) and Jordon Granger had a career-high in both points (18) and rebounds (11) posting his lone career double-double in his penultimate appearance inside Auburn Arena.