Tigers Slip Slightly to Number Nine in This Week’s FanPulse 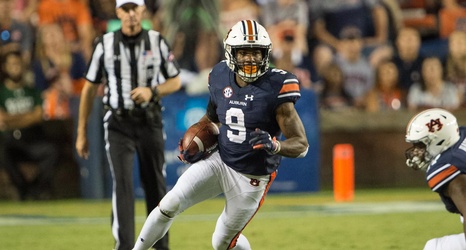 There wasn’t a ton of action this week, as the only highly ranked teams to lose (Texas and TAMU) were playing teams ranked higher than them (LSU and Clemson).

Auburn slipped a spot to #9 despite a pedestrian performance against Tulane. The national consensus is pretty consistent, with every ballot slating Auburn either 8, 9, or 10. Funnily enough, Tiger fans only have their team #9, while 18 other ballots had us at #8.

The teams with the most disagreement are Wisconsin and Washington. Personally, I think Wisconsin deserves better than #16. They haven’t played a tough schedule, but beating ANY FBS teams by a combined 110-0 over two games should have you pushing on the top 10 door.