Tigers Put the Brakes on Kentucky! 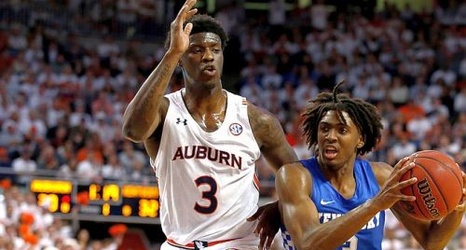 War Eagle, everybody! The Auburn Tiger mens basketball team got their first win over a top 25 ranked opponent yesterday, defeating the 13th-ranked Wildcats, 75-66. The win moved Auburn to 19-2 on the season, and the Tigers picked up a big signature win. Barring a total collapse in February, I think Auburn is an NCAA Tournament team once again.

All week long we read about how the Kentucky guards were the best in the league, and would give Auburn a lot of trouble. Immanuel Quickley did lead the Wildcats with 23 points, but fouled out with a minute left in the game.