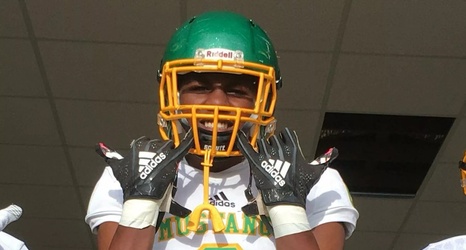 Auburn’s 2020 class got off to a really strong start, specifically in the trenches where at one point the Tigers held commitments from 3 outstanding defensive line prospects. That number is now down to 1.

Last August, 4* DL Andy Boykin reopened his recruitment. Today, 4* Buck Quandarrius Robinson did the same according to his coach.

This unsurprisingly coincides with a recent push from Alabama. Nick Saban took a helicopter to his school a week ago and Robinson was in Tuscaloosa this past weekend. Auburn was one of the first schools involved with Robinson but coaching instability concerns have opened up opportunities for other programs, most notably the Crimson Tide.