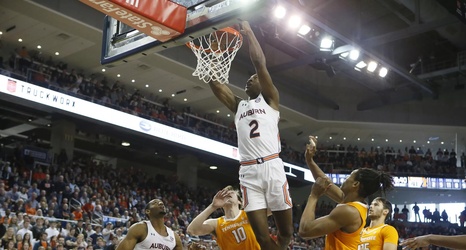 It’s been a tough season on so many levels for Auburn but how sweet would it be to knock one of your biggest rivals over the past few years?

Auburn hosts Tennessee this morning as Auburn has won 5 in a row in the series. Auburn’s win in Knoxville back in 2018 was a program changer as it set Auburn on a course towards a Regular Season Championship. In 2019, Auburn denied Tennessee a SEC Championship not once, but twice. Last year, Jaylin Williams took center stage and then Samir Doughty put on a show for the ages before the sports world as we knew it changed days later.