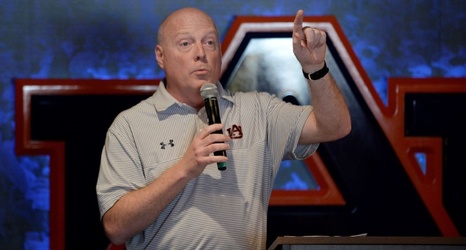 AUBURN, Ala. -- The 16-year-old charged with manslaughter in the crash that killed Auburn radio announcer Rod Bramblett and his wife was driving more than 30 miles over the speed limit when his Jeep struck the rear of the couple's SUV, according to court records made public Tuesday.

Bramblett was known as the voice of the Auburn Tigers' sports teams. The 53-year-old Bramblett and his 52-year-old wife, Paula, died as a result of injuries from the May 25 crash.

Auburn police announced charges Monday against 16-year-old Johnston Edward Taylor in connection with the crash, and new details of what led to the charges emerged from the court documents.