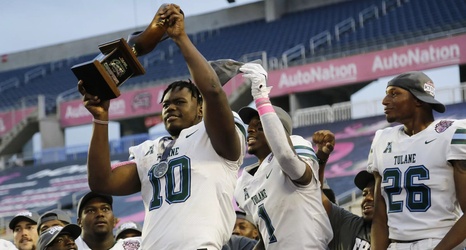 Last Saturday ended up being a ton of fun but it’s time to turn the page and set sights on Auburn’s next opponent, a team coming to Jordan-Hare with a lot of momentum. The Tulane Green Wave opened their 2019 season at home last Thursday night against Butch Davis’s Florida International Panthers. It was thought to be a fairly even matchup between two veteran teams looking to build on last season’s success.

Tulane had other plans.

The Green Wave smashed the poor Panthers 42-14 behind a 350 yard rushing attack and an attacking defense. Tulane smothered FIU’s offense holding it to under 300 yards while its offense piled on 500+ behind new offensive coordinator Will Hall’s fast paced attack.