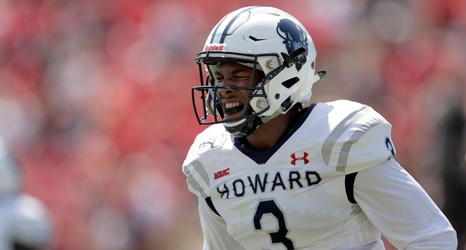 Caylin Newton is going to follow in the footsteps of his brother and play football at Auburn after all.

Newton, whose older brother Cam won the Heisman Trophy and led Auburn to a national championship in 2010, announced on Friday that he'll be heading to The Plains as a graduate transfer.

The 6-foot quarterback made his decision public on his Twitter page.

619 people are talking about this

Caylin, who will be immediately eligible to play, enters a program with an entrenched starter already at the position.