Polo on the Plains: Auburn was south’s dominant team in the 1930s 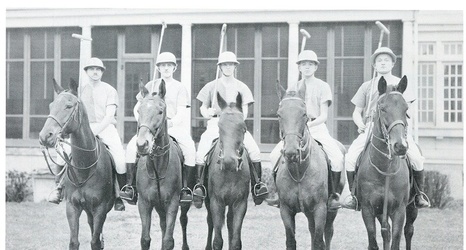 Auburn was kind of a horse college in the 1930s. Like, a really good one.

“I believe we had about 85 horses, enough to mount two teams for six periods,” W.J. Klepinger told Inside The Auburn Tigers magazine in 1982. Klepinger was the head coach of Auburn’s 1935 polo team. Yes, polo.

“We used riding horses as much as we could. But we had to use some draft (pulling) horses that really weren’t great for polo.”

Polo first came to the Plains in 1932 and was organized through Auburn’s ROTC program. Auburn president Dr. Bradford Knapp supposedly encouraged forming a team at the request of Georgia president Dr.