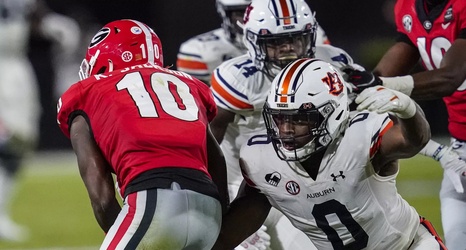 On today’s Locked On Auburn, Zac Blackerby and Justin Ferguson of the Auburn Observer talked about all of the different changes we may see with Auburn’s defense under Derek Mason. The guys talk a little Sharife Cooper, as well as general thoughts about the coaching staff and how the fanbase will respond to the 2021 season.

All week, Blackerby has said he wanted to see Owen Pappaoe in the STUD position on Auburn’s defense in 2021. Ferguson gave his reasoning why he does not think that will happen.

Ferguson: I just think that with a guy like Owen, you know how big of a weapon he is in coverage as well.