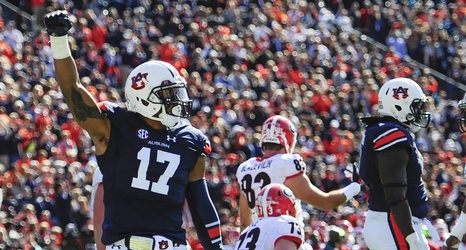 A part of the 2010 class that proved pivotal in the Auburn football program, Whitaker came to Auburn ready to play right off the bat. In fact, Whitaker played in every game of the 2010 season, occasionally spelling superstar Nick Fairley. When Fairley moved on to the NFL after 2010, Whitaker stepped into the starting role as a true sophomore and started every game in the 2011 season. Whitaker was never much of a pass rusher, but his play-style was akin to Dontavious Russell - take on double teams and let guys like Corey Lemonier and Dee Ford eat.