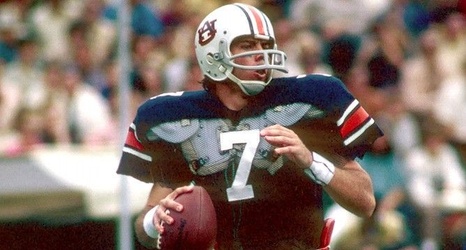 Former Auburn quarterback Pat Sullivan, the 1971 Heisman Trophy winner and later the head coach at TCU and Samford University, died on Saturday night after a long battle with cancer, the university announced.

Sullivan was a three-year starting quarterback at Auburn from 1969-71. Sullivan led the Tigers to a 26-7 record, and he and receiver Terry Beasley became one of the most celebrated duos -- and "Sullivan to Beasley" became a famous moniker -- in SEC football history.

The jersey numbers worn by Beasley, Sullivan and 1985 Heisman Trophy winner Bo Jackson are the only ones retired at Auburn.