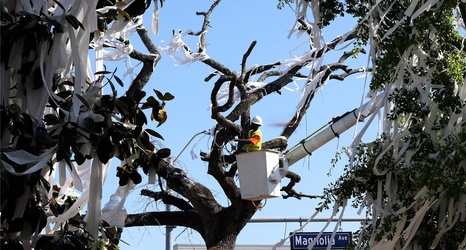 Harvey Updyke, the Alabama fan who poisoned the iconic trees at Auburn University's Toomer's Corner, has died, his son told AL.com. He was 71.

Updyke pleaded guilty in 2013 of applying herbicide to the trees, which Tigers fans traditionally decorate with toilet paper after a win, following Auburn's Iron Bowl victory over Alabama in 2010.

He was convicted of felony criminal damage of an agricultural facility, served more than 70 days in jail and was ordered to pay about $800,000 in restitution, though as of last October he had only paid $6,900, according to court records.