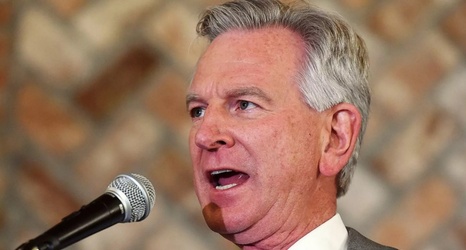 Oh, but there’s an Auburn connection here as well! In case you didn’t know, Tuberville happened to spend a decade in our little town coaching the intercollegiate football squad. I think we’ve got some grainy footage here —