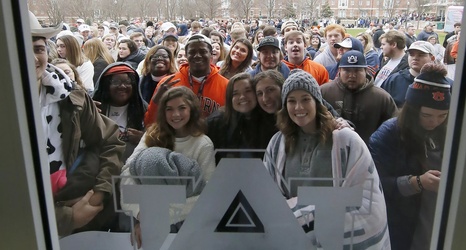 In a week where Auburn hosted College Gameday - yes, for basketball - for the first time ever, and where Auburn beat blue-blood Kentucky for the third time in four tries in Auburn Arena, and where Auburn went to Bud Walton Arena and won for just the fifth time ever... Auburn fans are unanimously in favor of the direction Bruce Pearl is taking the Tigers.

With Auburn sitting at 20-2, the team is all but a lock to make it’s third straight NCAA Tournament. That would be a first since the 80’s. Auburn also has an opportunity to take hold of 1st place in the SEC this weekend with LSU in town.