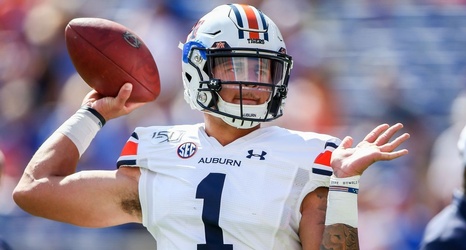 Gatewood, who left Auburn's program in late October after serving as the team's backup quarterback, said on Twitter that he'll be joining the Wildcats. He took an official visit to Kentucky last month.

The 6-foot-5, 237-pound Gatewood redshirted last season, so unless he obtains an NCAA waiver, he will sit out the 2020 season and have two years of eligibility with Kentucky. ESPN rated Gatewood as the No. 3 dual-threat quarterback and No. 36 overall player in the 2018 recruiting class.