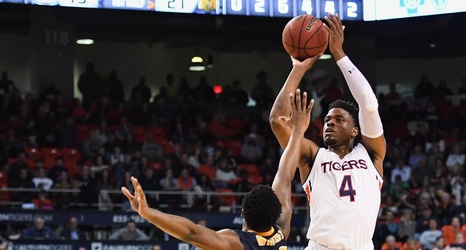 For more on Missouri, check out the Q&A I did with Rock M Nation to prepare for this game. The Tigers from Missouri come into Auburn a 10-8 overall, 1-5 in the SEC. Their last game was against LSU and they led by 14 with 2 minutes left but Murphy’s Law showed up and the Bayou Bengals were able to get out of Columbia with an unlikely OT victory.

Cuonzo Martin is in his 2nd season in Columbia and makes his first trip to Auburn as Missouri’s head coach. They were expected to be led by sophomore Jontay Porter this year but Porter tore his ACL in an exhibition game before the season started.