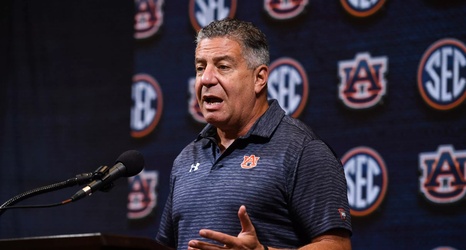 You want to know how far the Auburn basketball program has come? There are people complaining about how low the Tigers are ranked in a Preseason Top 25 Poll.

Despite losing 5 players to professional basketball leagues around the world, Auburn finds themselves at #24 in the first AP Poll released on Monday. Auburn is the 4th of 4 SEC teams in the season’s initial poll. The Tigers were also picked by the SEC Media to finish 4th in the league this season.

Auburn will play 13 games this season against opponents either in the Preseason Top 25 or against teams receiving votes.