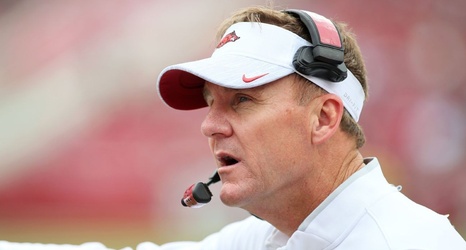 Auburn has hired former Arkansas head coach Chad Morris to be its offensive coordinator and quarterbacks coach, the school announced on Tuesday.

Morris, whose friendship with head coach Gus Malzahn traces back some two decades, replaces Kenny Dillingham, who left for the same position at Florida State.

"I'm super excited to have Chad Morris join our staff at Auburn," Malzahn said in a statement. "He's a tremendous offensive mind who has had success with several top-ranked offenses during his time in the college ranks. I've known Chad for almost 20 years and he is a tireless worker and a perfectionist.