Auburn Football: Will Hastings an Exciting Return for the Tigers 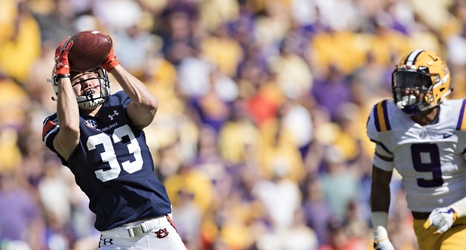 Two knee surgeries. That’s what sidelined Will Hastings last season after he tore his ACL. He was coming off a hot 2017 season where he caught 26 passes for 525 yards and helped Auburn go to the SEC Championship game. Hastings has since returned, and the veteran has started off hot for the Tigers with 113 catching yards in the first two games.

His play-making abilities are undeniable. Against Tulane I watched in the press box as Hastings reeled in what appeared to be an uncatchable ball. I also saw him score his first touchdown since 2017.

My heart filled with elation for him after knowing what all he’s had to endure in the last year, and my same heart nearly skipped a beat when he took an illegal hit by Tulane’s Macon Clark.