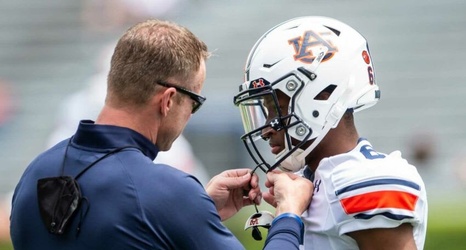 Ahead of the first game, Harsin announced the official depth chart for week #1 with Bo Nix leading the troops as QB1. The chart mostly consists of upperclassmen, and only one true freshman made the cut, wide receiver Tar’Varish Dawson Jr.