Auburn Football: All the Things Fans Want Against LSU 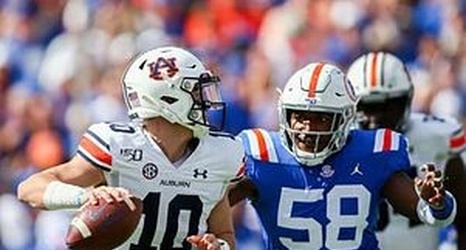 It’s no secret that Auburn’s performance against Florida was abysmal. The Tigers were 2-14 on third down and freshman quarterback Bo Nix threw three picks including one critical interception in the red zone. The Gators generated nearly 400 yards of total offense against the Tigers and dominated the time of possession.

It was bewildering to watch the same offense that put nearly 600 yards of total offense against Mississippi State the week before get completely shut down. Even crazier is there was no package for Joey Gatewood and Florida native Anthony Schwartz barely played. Malzahn utilized Boobee Whitlow who had 18 carries for 81 total yards, but Whitlow suffered a knee injury late in the game and is out for 4-6 weeks as he recovers from surgery.