Auburn football: 3 Tigers that could be drafted to NFL in 2022 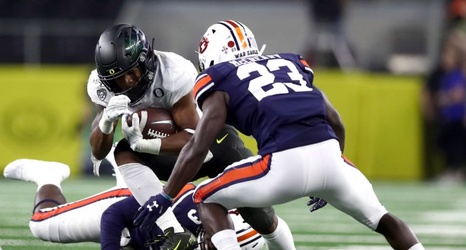 Not all was lost after the 6-5 finish to the 2020 Auburn football season. While the old coaching staff led by Gus Malzahn was, the fact that the NFL will always have a home for the best players from Auburn was not.

The 2021 NFL Draft saw four Tigers get their name called, and all four of them played pivotal roles for the team the past three years (and in K.J. Britt’s case, four years). Beyond Britt, the receiving duo of Seth Williams and Anthony Schwartz, and safety-turned-NFL linebacker Jamien Sherwood, Eli Stove and Jordyn Peters each got signed to deals as undrafted free agents, though Stove’s NFL dreams are currently on hold due to an injury found during his team physical with the Chargers.