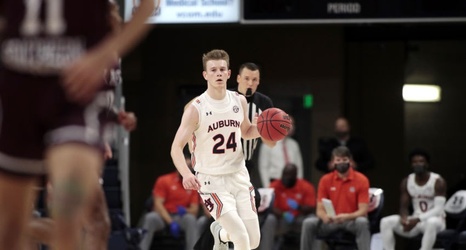 Despite suspicions that Auburn basketball freshman transfer Justin Powell would end up in his native state Kentucky, the former Tiger announced he will be continuing his career at Tennessee. The former three-star prospect played only 10 games at Auburn this season due to a concussion suffered in the game versus Texas A&M in January.

Powell averaged 11.7 points, 6.1 rebounds, and 4.7 assists under head coach Bruce Pearl, who seemed very supportive of the freshman throughout the course of his injury. Everyone took notice of the shooting guard that was suddenly running the point and doing it well in the absence of Sharife Cooper.