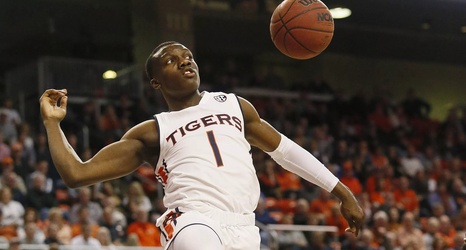 Auburn blasted Missouri in the second half last night to win by 34 points, the largest SEC win at Auburn Arena! A close game at the intermission turned into a three-point barrage as the Tigers (orange ones) hit 11-20 shots from behind the arc after halftime, and scored as many points (58) in the second half as Missouri did all game long.

Jared Harper led all scorers with 16 points, but it was Chuma Okeke who may have had his best game of the season, hitting 14 points and 12 rebounds. We’ve talked at length about how Mustapha Heron’s absence has limited Auburn greatly, and if Chuma can get to a point where he’s becoming that extra dependable scorer, then the Tigers are going to be so much better.