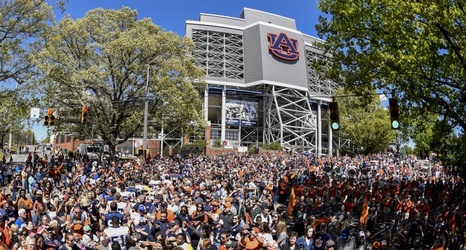 AUBURN, Ala. -- Auburn fans will have the first opportunity to see the 2017 edition of the Auburn football team on Saturday, April 8 at the annual A-Day game presented by Golden Flake. The game is set for 1 p.m. at Jordan-Hare Stadium and will be televised on the SEC Network, and aired on the Auburn Sports Network.

The weekend includes many of the same gameday traditions fans see at Jordan-Hare Stadium during the fall, with added events around campus. The Auburn track and field, men's tennis and softball teams will be in action over the April 7-9 weekend.