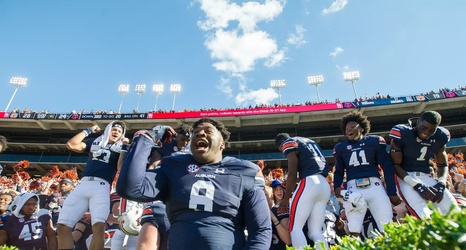 As we continue our march to kickoff, we take a look at the top 100 recruits to sign with Auburn of all-time*. The rankings are based on 247’s composite recruit rankings, which unfortunately only date back to 2000.

Now a rising sophomore out of the 2018 class, Miller was arguably the top defensive lineman in the state of Alabama as a recruit. Though a bit smaller height-wise compared to other elite defensive tackles, Miller still showed an amazing blend of quickness and power in his high school film. In fact, Miller even played wildcat quarterback at Jackson-Olin HS, pounding the ball in for a few touchdowns and short yardage pickups.