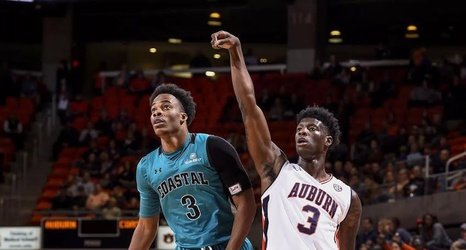 Danjel Purifoy has two 27 point games in his career. They both came in his freshman season, in back to back games in December. His first 27 point game was featured at #31. Today, we will talk about the 2nd 27 point game, this time in a blowout win.

Remember, Auburn played a 2 for 1 with the Chanticleers with the Tigers hosting them in 2014 and 2016 while playing in Conway, South Carolina in 2015.