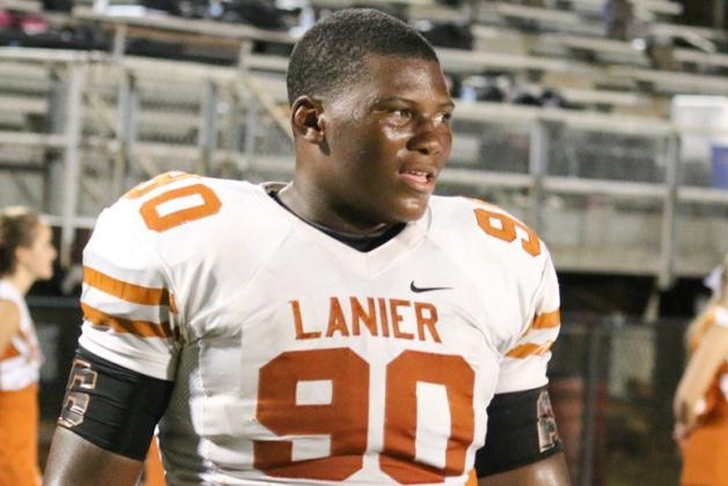 Five-star defensive tackle Derrick Brown (Lanier, GA) announced that he has committed to the Auburn Tigers over Tennessee and Georgia. He joins an Auburn class that ranks No. 12 in the country.

Brown said he decided to commit Auburn because of the relationships he has built with the Auburn coaching staff, and he felt the most comfortable with them. Many thought he might stay in-state and sign with the Bulldogs, but his ties with Auburn were simply too strong for him to turn them down.

Brown is rated as the No. 4 defensive tackle and No. 9 overall prospect in the country, including the No. 1 overall player in the state of Georgia.