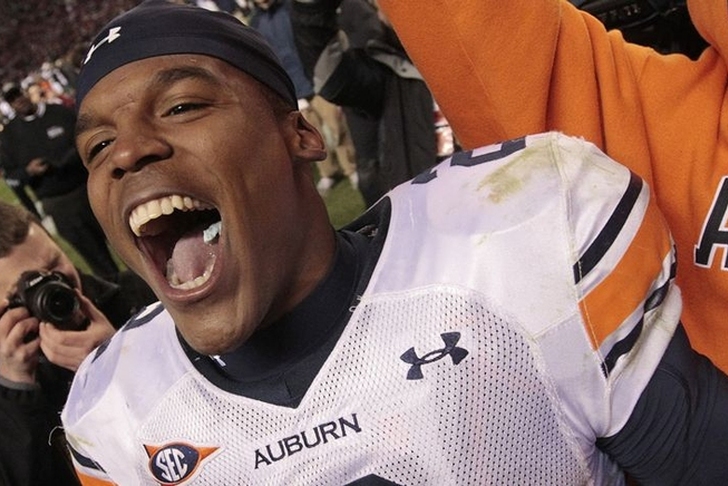 Remember Cam Newton's epic 2010 season which culminated in the third Heisman Trophy win in Auburn Tigers program history? If so, you're having a better day than ESPN.

The Worldwide Leader In Sports (or something) posted this ill-advised photo of Cam and Peyton Manning during their college days as part of their hype for Super Bowl 50 on Thursday:

#TBT to Peyton Manning and Cam Newton in their college days. pic.twitter.com/hoa1P7fuxD

To be fair, Newton did spend two seasons (2007-08) suited up for the Florida Gators. However, his time as Tim Tebow's backup at UF isn't exactly the first, second, or even hundredth image in our head when we picture Newton's collegiate career. Get complete Super Bowl 50 coverage inside our Chat Sports iPhone and Android apps!

So, as you might expect, Auburn fans (and Panthers fans too) took to Twitter to remind ESPN where Newton actually built his legacy:

@SportsCenter #TBT to Newton in his college days pic.twitter.com/TrR52yTmaf

@SportsCenter don't for get this. pic.twitter.com/MSl55tOnzx

@SportsCenter #tbt to Michael Jordan in his prime in the NBA pic.twitter.com/yDi29YyzK8