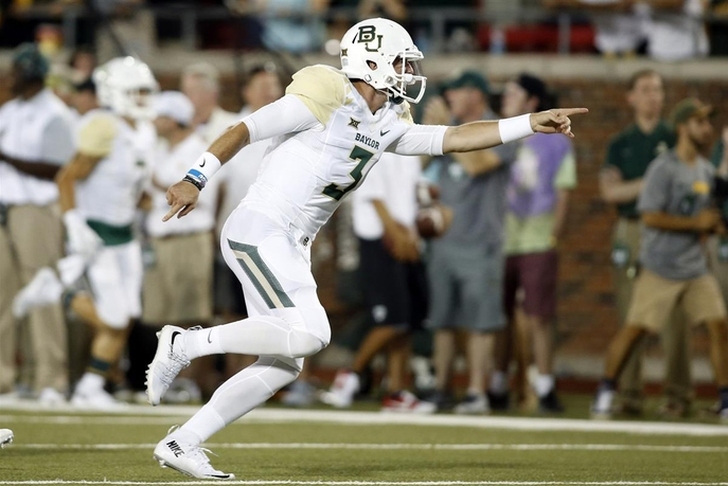 The Auburn Tigers have a long layoff as they prepare for the Sugar Bowl, and some that time is devoted to recruiting. The recruiting dead period is now here, but several recruits are making their decisions in the coming days. That means there's plenty to get to around Auburn football recruiting. Here are all the latest Auburn recruiting news and rumors you need to know.

I am committed to..... #WarEagle pic.twitter.com/opBfHX6xKQ

"The tradition, it's the best competition in the country -- you're playing against the best," Cannella said. "If you want to be the best you've got to beat the best. That's just how I feel. I've always wanted to play in the SEC. That's been one of my things."

Cannella will enroll at Auburn in January.

Stidham signs LOI
Baylor transfer Jarrett Stidham has officially sent his Letter of Intent to Auburn, solidifying his place on Auburn's roster next season. Stidham will be eligible to play right away after spending this past season at McLennan Community College even though he didn't take a single snap for them this season.

Stidham is expected to immediately but Auburn's starting quarterback, but his QB coach Trenton Kirklin says he believes Stidham can win the Heisman at Auburn.

“I expect for him to win the Heisman,” Kirklin said. “I know that may be farfetched for some but just knowing the kid, I expect nothing less. He has that ability to do that and he pushes everybody around him. I think he can go in there and he’s the type of kid that he has that X-factor that you just don’t understand until you’re around the kid. Success follows him wherever he’s at. That’s what he is.

“He’s going to work his butt off. He doesn’t expect anything. I think that’s what taught him this year, you have to earn everything. He’s earned the right to go to Auburn because he works so hard and he knows he has to go in there and he doesn’t have the job, he’s got to go in there and work his ass off.”

Stidham played in 10 games as a true freshman at Baylor with three starts, throwing for 1,265 yards, 12 touchdowns and two interceptions. He will be a redshirt sophomore at Auburn.

Follow our Auburn Tigers news page for all the latest Auburn news!