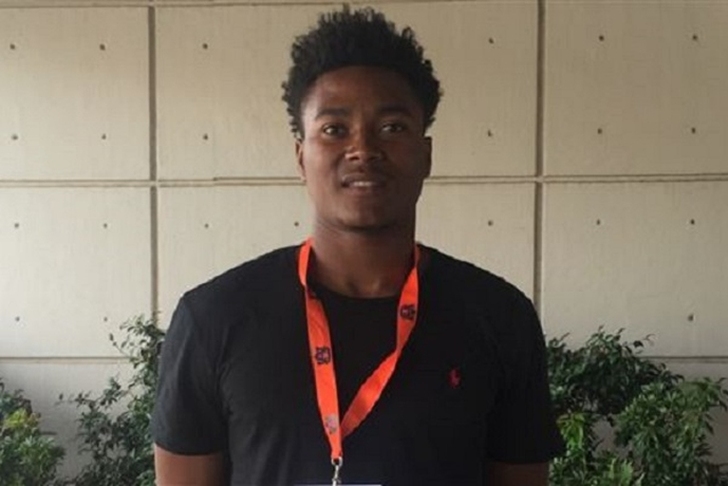 The Auburn Tigers are turning up the heat on the recruiting trail during the offseason, and it's already paying dividends. Here's all the latest news and rumors surrounding Auburn's recruiting efforts:

Matthews had committed to Louisville, but he flipped to the Tigers after visiting for Big Cat Weekend.

"It went pretty good," he told 247sports of the visit. "I liked everything that I saw down here. I really like it down here. I look forward to getting down here on another visit real soon.

"I know Roc Thomas just left, so that gives me advantage [at running back].I know that [Jovon] Robinson is leaving, too, and the only people that are going to be here are me and Malik and Kerryon. I'm just looking forward to the challenge."

He is ranked as the top running back and No. 19 overall JUCO prospect in the country, but Auburn is recruiting him as an athlete.

Auburn moves to top for 4-star WR
Jeremiah Holloman, a four-star wide receiver from Covington, GA, had listed Georgia as his favorite, but left Big Cat Weekend felling that Auburn could match everything the Bulldogs have to offer:

“This visit definitely helped Auburn," he said. "They definitely got more points. What stands out is what they’ve got here to offer. With the upcoming class they’re building - not everybody has committed but talking with a bunch of players they really have high intentions of coming here. They got a lot to look forward to.”

Holloman wouldn't definitely say that Auburn leads UGA for him now, but his decision to not name a leader indicates the two are neck and neck to land him. Tennessee and Ole Miss are also major players in his recruitment.

Benton to announce decision this week
Four-star linebacker Markail Benton (Phenix City, AL) announced on Twitter that he will make his commitment later this week:

Auburn is the favorite to land him, but he is also considering Alabama. The 6'2", 235-pounder is ranked as the No. 6 outside linebacker and No. 87 overall recruit in the country.