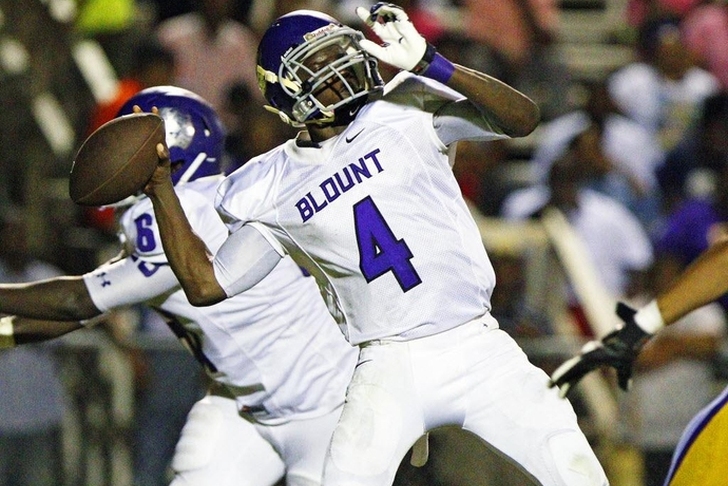 The Auburn Tigers are in the midst of spring practice in preparation for the 2016 season, but that doesn't mean head coach Gus Malzahn & Co. have taken a step back on the recruiting trail. Here are all the latest news and rumors surrounding Auburn recruiting:

4-star CB has Auburn in top four
Four-star corernback A.J. Terrell (Atlanta, GA) was in town over the weekend for A-Day, and left impressed.

“It went well. I’m feeling good and everything,” Terrell said. “I plan on coming up again. I love Auburn to be honest.Just being at home. It’s close to the house and you know, it’s just a great school.

"I’m a top priority for them. I keep in touch with Coach (Wesley McGriff) and everything. He’s recruiting me hard and showing a lot of love. They need help a little bit. A lot of folks leaving. A lot of their players leaving. I could step in and help the team.”

Though Auburn is considered to be the heavy favorite to land him, Terrell isn't tipping his hand.

Auburn pursuing 3-star QB
The Tigers are still pursuing former QB commit Lowell Narcisse in the 2017 class, but they have another prospect they're targeting. Three-star quarterback Kadarius Toney (Eight Mile, AL) also visited Auburn for A-Day and thought it was "a good fit."

“I talked to Coach Rhett,” Toney said. “He told me he wanted to come see me throw. Hopefully, he can get me here sometime to a practice so I can see what they do.”

4-star OT favors Alabama over Auburn
Four-star offensive tackle Austin Troxell (Madison, AL) plans to play his college football in-state as both the Alabama Crimson Tide and Auburn are pursing him heavily. Troxell explained why they're his two favorites at the moment:

Though both schools have remained in close competition to land him, 247sports' Tim Watts reports that Alabama has moved out front and become the favorite to land him.