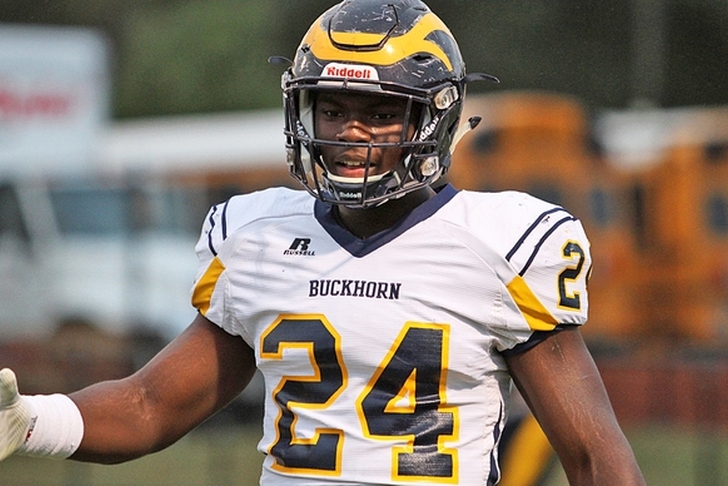 The college football season doesn't start for roughly two months, giving the Auburn Tigers plenty of time to focus on recruiting. It's already paid off with 11 commitments - but the Tigers are far from done. Here are the latest news and rumors surrounding Auburn football recruiting.

4-star target down to top group
Auburn has long been one of the favorites to land four-star linebacker Will Ignont (New Market, AL), and they are now officially in his final group.

“I’m really liking LSU, Michigan, of course Auburn, UCLA, Georgia and a little bit of Florida State,” Ignont said. “I’ve narrowed it down to those six schools. I’m just relaxing and focusing on those six.”

Though Ignont says he's "genuinely torn," it's clear why Auburn has been at the top of his list throughout the entire process.

“It’s very family oriented,” Ignont said. “When they talk about family they really mean it. It’s really genuine there.

“I can go to [linebackers coach Travis Willams] about anything. We’ve talked about stuff, from girls to football. He’s there for me whenever I need him. I know I can call him at any time of night and he’s just one of those guys that has been there with me from the jump and always kept it real with me.

“I really think Coach [Kevin] Steele has made those players feel comfortable in his system. I know a lot of them look up to him as a father figure. That’s how I look up to those guys. I’ve known Coach Steele since my freshman year. He was the first person to start recruiting me.”

Ignont is ranked as the No. 6 inside linebacker and No. 197 overall prospect in the country.

Auburn ramping up pursuit of 4-star safety
The Tigers have shown a lot of interest in four-star safety Devon Hunter (Chesapeake, VA), and he told 247sports that Auburn has been ramping up their pursuit of him.

"I love Auburn," he said. "(Tiger secondary) coach 'Crime Dog' (Wesley McGriff) gives much love to me. So basically I'm in love with the school so it's a great experience for me."

Virginia Tech figures to be in lead for Hunter, with Clemson and Auburn coming up close behind. The 6'1", 205-pounder is ranked as the No. 4 safety and No. 58 overall prospect in the country.