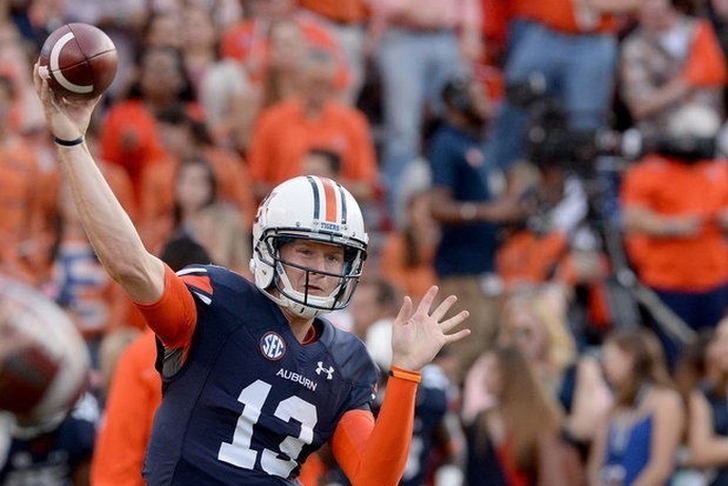 It's been a rough start to the season for the Auburn Tigers, with losses to LSU and Mississippi State and a near loss to Jacksonville State resulting in Jeremy Johnson getting benched and Gus Malzahn's seat getting a little warm. A 35-21 win over San Jose State was a needed one, although Auburn needs to start winning SEC games. With that in mind, here's our Auburn Football Rumor Roundup for October 4th.

One of Auburn's top recruiting targets is 5-star DE Marlon Davidson. He has offers from pretty much every major program in the nation, but it's Auburn who his verbal commitment. Davidson is still exploring his options, but is leaning toward Auburn.

Only two schools have yet to "back off" Davidson; Georgia and Alabama.

Auburn Hopes To Get Carl Lawson Back

Auburn has been without stud DE Carl Lawson since the early this season, but the team is hopeful he'll be back.

"But we are hoping we get him back before the end of the season," Malzahn said after the game.

There is no timetable for Lawson's return.

The Tigers have a need for more defensive tackles, which has led to the team offering JUCO DT Walvenski Aime, according to 247Sports.

Aime is a 3-star recruit with offers from schools like Kentucky and Minnesota.

Auburn To Pass Out More?

"“We are going to do what the game dictates. If we need throw for 300 yards, we are prepared to give it all we’ve got to do that. We had a good gameplan going in. The way the game dictated, we didn’t throw for a lot of yards. We’re not a big stat machine right now. I don’t think that’s a secret to anybody.”