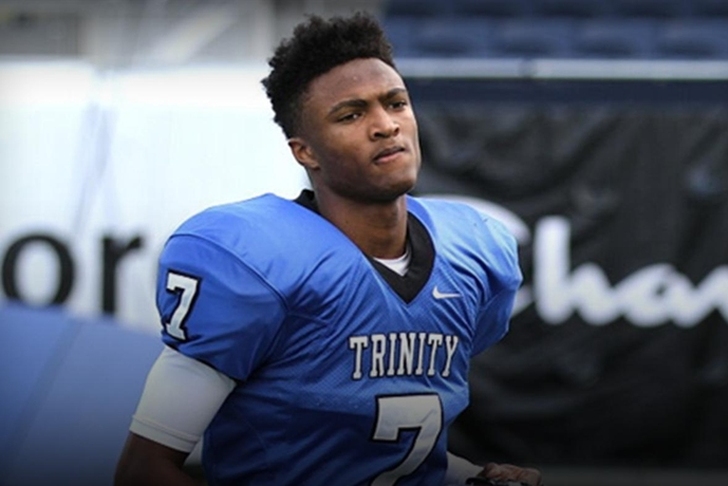 The Auburn Tigers are turning up the heat on the recruiting trail during the offseason, and it's already paying dividends. Here's all the latest news and rumors surrounding Auburn's recruiting efforts:

Auburn to flip 5-star Ohio State commit?
Five-star cornerback Shaun Wade (Jacksonville, FL) has been committed to Ohio State since January 2015, and though he says he's still solid on his commitment, he is taking a harder look at Auburn.

“They’ve really been talking to my parents to be honest,” Wade said, via 247sports. “And they came by (the school) in the spring. I’ve never been. I just want to see their DBs and what they have, talk to their coaching staff and see how they act, talk to the players, see how the school is.”

Wade is originally from the state of Alabama, and he says he still considers it home - which certainly works in favor of Auburn.

Nation's top recruit to visit Auburn
Alabama running back commit Najee Harris (Antioch, CA), the No. 1 overall prospect in the 2017 class, took a surprising visit to Auburn on Sunday. He has been committed to Alabama for over a year, but offensive coordinator Rhett Lashlee has visited him several times at his school.

4-star S impressed during Auburn visit
Devon Hunter (Chesapeake, VA), the No. 4 safety and No. 54 overall prospect in the country, visited Auburn for the first time on Sunday.

“Getting to meet the head coach and getting to know the coaching staff more, it was great for me today,” Hunter said. “I just enjoyed myself and enjoyed the process.

“I got to know a lot of things I didn’t really know. I learned some of the traditions. … It was all interesting. I just took it all in.”

Hunter also said he'd put the Tigers in his top 10 list when he releases it in August.