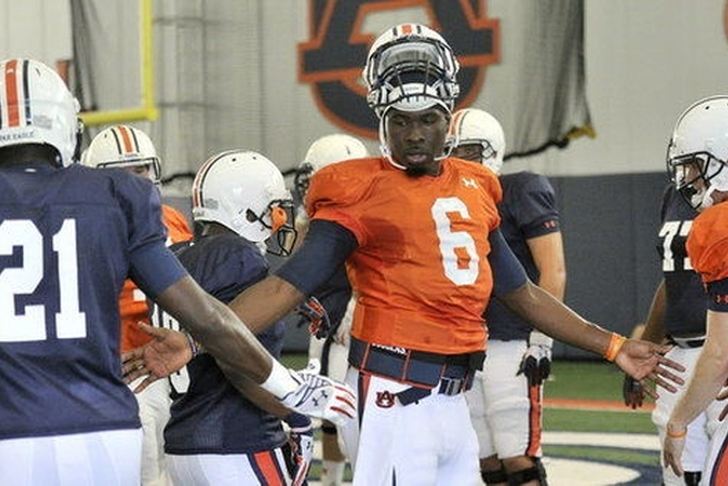 The Auburn Tigers are the favorite to win the SEC in 2015, which would put them in prime position to make the College Football Playoff. However, their production in fall camp will give us the first indication of just how good they'll be this year. Here's what we've learned so far:

Auburn's defense absolutely dominated the offense during the first week of fall camp, but that changed this week. Head coach Guz Malzahn is happy with what he saw from the unit in their scrimmage against the defense:

"The emphasis was a little more throwing than it was [during Monday's scrimmage]," Malzahn said, via James Crepea of AL.com. "I think it was more close today. I think there was some good things on defense and I think the offense came out and executed and performed better."

According to Crepea, "close to 65-70 percent" of Auburn's 100 plays in the scrimmage were passes, which is a much higher percentage than what they've ever run under Malzahn. That high percentage of passes "could be a signal of things to come for Auburn with an established pocket presence like Johnson," according to Bleacher Report's Justin Ferguson.

What was a four-man running back competition is now down to two, running backs coach Tim Horton told Brandon Marcello of AL.com.

"Right now I would say that Roc Thomas and Peyton Barber have earned the right to play and so they're both going to play. Now, who is going to be in there first, I couldn't tell you to be honest. I don't know that's really important, but both of those guys have earned that right and they'll both play."

Follow our Auburn Tigers team page for all the latest Auburn news and rumors!