Report: "Mutual Interest" Between Auburn And Will Muschamp About Open Defensive Coordinator Position 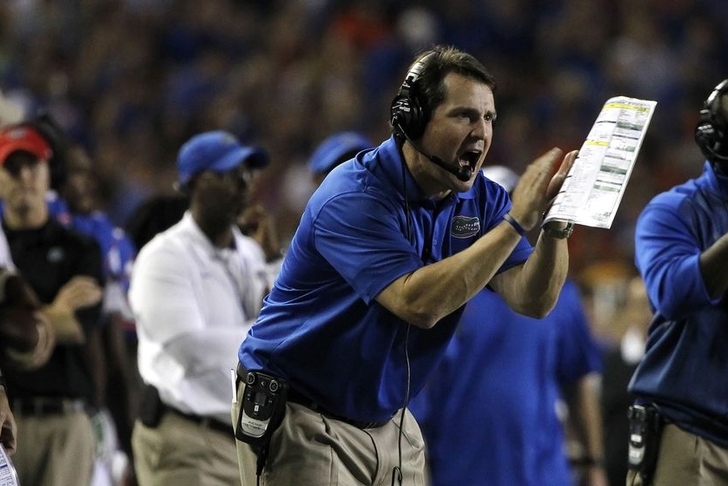 The Auburn Tigers fired defensive coordinator Ellis Johnson on Sunday, just a day after they gave up 55 points to Alabama, and are already eyeing former Florida head coach Will Muschamp to be his replacement.

I've been told there's mutual interest between Malzahn and Muschamp. Would be a formidable pair on respective sides of ball.

Muschamp served as the defensive coordinator at Auburn from 2006-2007 before leaving for the same position - and to be the head coach in waiting - at Texas before taking the Florida job. He's also been a coordinator at LSU and with the Miami Dolphins during his career, and has led great defenses at every stop.

If Auburn is able to land Muschamp, it would create a scary pairing with head coach Gus Malzahn's explosive offense. The Tigers finished the regular season with an 8-4 record and are awaiting to see which bowl game they'll go to.