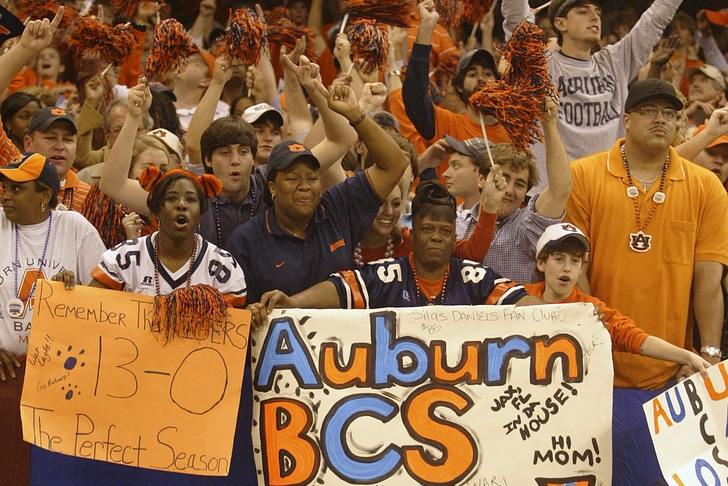 Tuberville's 2004 Auburn squad was left out of the BCS championship game despite going undefeated, as the old formula settled on a matchup between USC and Oklahoma instead.

Now the head coach of the Cincinnati Bearcats, the pain of missing out on that game still resonates with Tuberville.

"Telling my players on that Sunday that they would not get to play for the national championship was the hardest thing I ever had to do," Tuberville said.

Despite being unable to go back and change the past, the new College Football Playoff  brings a smile to Tuberville's face.

"This is perfect," Tuberville said. "And it preserves the bowl games."

Under the new system, a 13-person committee will pick the top-four teams in the nation, pitting them against each other in a basketball-style final four. The Rose Bowl (Pasadena) and Sugar Bowl (New Orleans) will host this year's semifinal games, with the national championship game set for AT&T Stadium in Arlington, Texas.